All three are related!

First, let me say that I am thrilled to see that our blogs are getting some visitors. Thanks for visiting us, Ms. Donofrio’s class! If you get a chance, visit their blogs and post comments.

I’ve been doing just that, actually, as I cook up a delicious meal here at home. Tuesday (a week from today) is Mardi Gras, and we’re having a Mardi Gras party at our house this upcoming Saturday. For those that don’t know what Mardi Gras is, it is the day before Lent starts. In French, it translates as “Fat Tuesday,” and people live it up on this Tuesday because the next day, Lent, signals the beginning of fasting of some kind for the Lenten season. My husband’s family is from New Orleans, so Mardi Gras has always been a big deal to them. Hence, our scheduling of this party. I am making red beans and rice tonight, which is a very traditional New Orleans meal. Since we are having a LOT of people visiting this Saturday, I made a pot tonight AND another pot already last night. I’ll freeze them until Saturday morning, thaw, and reheat in time for guests. (The red beans and rice are always better the next day anyway, after all the spices and tastes have mingled together.) I use a recipe of Emeril’s from Food Network to make the rice and beans. I change it up a bit and also include some things that my mother-in-law incorporated when she made her own. My brother-in-law in New Orleans is sending us some King Cakes, too, which is also a Mardi Gras tradition.

I included some pictures of my progress. I soak the beans overnight. The next day, I cut up onion, celery, and green bell pepper. I sauté all of that with various spices, including lots of garlic! Then I add in some hot andouille sausage, the beans, and a lot of chicken broth. They simmer for a while, and after the beans get soft, I mash a few against the side of the pan. Serve over rice. It is delicious! 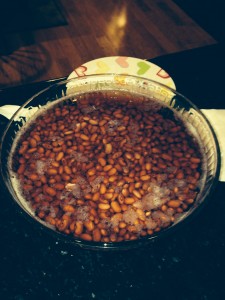 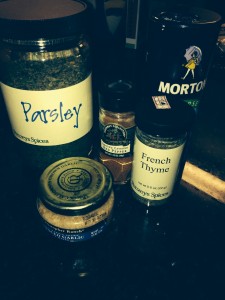 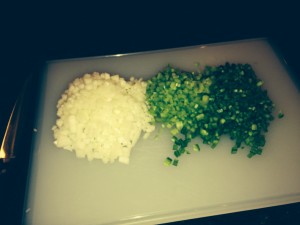 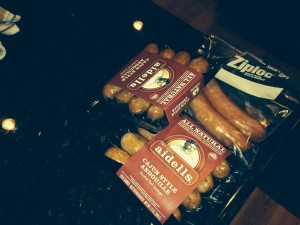 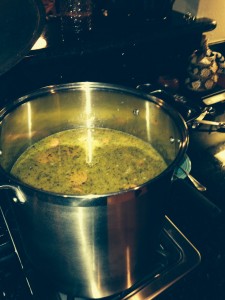 I’m also making shrimp etouffé and a few other goodies. It should be fun!

As I’ve been cooking, I’ve been responding to comments left on my blog. I love receiving the comments. It’s like the 21st century version of the pen pals I had as a kid. I wanted to respond as soon as possible because I wanted to show my appreciation for the visits. I also prefer to write these comments rather than attack the piles of grading I need to do. 🙂 I’m making a dent in it, but let’s face it: it’s no fun. So, I guess, in a way, I am also procrastinating. It is a totally negative trait that I give into once in a while. Mostly because I. Am. So. Tired. Which leads to . . . stress. What else? Not feeling caught up stresses me out. And trying to get all this done while cooking . . . and also having to be the Girl Scout cookie mom for my daughter’s troop . . . and knowing I have to be out on Thursday (again!) to conduct iPad training and that I have to write Guest Teacher plans . . . and I gotta go to Michael’s to get stuff for our Peeps dioramas in tutorials . . . so much to do!

Oh well, back to work!